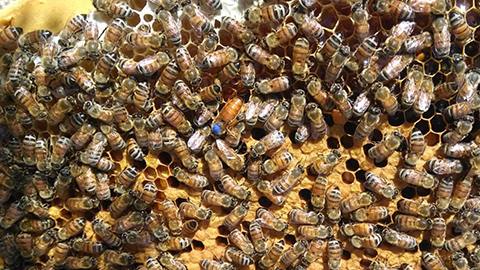 Requeening Beehives: Everything You Need to Know

For the beginner beekeeper, the thought of requeening your beloved hive might be a daunting prospect. Fear of sending the colony into turmoil, rejection of the new queen, and simply the task of acquiring a new queen is enough to deter many beginning beekeepers from an essential step to a long living and productive beehive. With a little bit of knowledge, patience, and willingness to approach it as an art, rather than a science, you will have the best odds at a robust and healthy hive for years to come.

Why is requeening hives necessary?

Worker bees like this one do not live as long as queen bees.

While your queen lives a substantially longer life than those of the worker bees, she still has a limited lifespan. In most situations, a queen will be able to live on for several years. However, a queen’s productivity begins to noticeably decrease around the 3-year mark. This will result in less eggs being laid, less worker bees, less honey, and an overall less-robust hive. If you have a queen that has made it through 2 or 3 production seasons, it ought to be time to consider the process of requeening that hive to keep up production. In some situations, it may be necessary to requeen your hive before this 3-year mark. Let’s take a look at some of those scenarios below.

A queen may unexpectedly die for any number of reasons. As a component of your regular hive checks you should always verify that egg laying is occurring, thereby indicating your queen is likely still alive. If you notice that there is no more egg production occurring, you may have lost your queen. This is a good time to do your own requeening with a new queen, especially if the colony does not show signs of generating its own new queen (which can be identified by the formation of queen-cups – aka special larvae cells that receive copious amounts of royal jelly).

The entirety of your hive is a descendant of your queen. As such, they take on much of the genetic characteristics of that queen, which can include aggressive behavior. Referred to as a “hot” hive, these more aggressive hives can often be attributed to a mean queen. By requeening hives with a different strain or simply a new individual, you can likely reduce the hive’s aggression levels. This is particularly important to monitor in warmer southern climates where the risk of Africanized bees moving into your hive is greater.

Maybe you are just noticing that egg production seems to be low. This could be due to both an aging queen and even just a queen with poor genetics. For the beginning beekeeper that has not looked into hundreds or even thousands of hives, this can be a difficult determination to make. If you are happy with the egg production level as is, then you will still be fine to leave your queen for a few more years.

When is the best time of year to requeen hives?

While requeening a hive can feasibly occur during any time of the year, there are more optimal times to attempt such a feat. For the best chance at your hive accepting a new queen, this occurs most flawlessly during periods of high nectar flow. Generally speaking, unless of emergency, requeening is best accomplished during those nectar flows found in early spring or early fall. There are a few advantages and disadvantages to each.

Requeen hives during high nectar flows in the spring or fall.

As is the case with most concepts in beekeeping: ask a question and you can expect to receive a multitude of confident yet drastically different answers. When to requeen your hive voluntarily is certainly one of those questions.

With the coming nectar flows in spring, it can be a great time to requeen your hive. With reduced numbers of bees coming out of winter and spring nectar flows, hives may readily accept a queen at this time. Another advantage to requeening in the spring is the reduced likelihood of swarming.

However, many people may also recommend requeening during the end of the summer season as it transitions into fall. September seems to be a good time for most. The biggest advantage to this is that it will allow for the hive to be ready for full-scale, high production come the spring nectar flows.

How to requeen hives?

While it may seem like a difficult task, providing your hive with a new queen is generally a successful process if you follow a few simple steps followed by beekeepers all over.

While you can encourage your hive to produce a new queen, it is often easier and simpler for beginners to simply purchase a new queen. You can purchase new queens directly from Murdochs.com; you place an online order at the beginning of the year and choose a retail store where you’d like to pick them up. With both Italian and Carniolan strain queens available from Murdoch’s, this is a convenient and quality way for you to order a queen and requeen your hive for optimal hive health and production this coming season. Typically, queens will ship in April and May which presents an optimal timing window to requeen for most beekeepers.  Another potential source would be to contact your local beekeeping groups and find a local who produces queens.

Queens will generally come in a wood box with a wire screen on one side. There is a hole drilled through one side of the wood that is sealed with a hard sugar candy type plug and an additional wood or cork plug. Queens may often be shipped with several “attendant bees” clinging to the outside of the queen cage as well.

Often an emotional task, you may be responsible for the removal and euthanasia of your old queen if she is still alive in the hive. While somewhat difficult to do for many, there are a few ways to quickly put down your queen.

Now that you have your new queen ready to go and a newly queen-less hive, it is time for the introduction. The cage that queens are generally shipped in provides an excellent method for an “indirect” transplant. This is often less prone to problems than a direct transplant. When an unprotected queen is placed into a new hive, you run the risk of having your hive reject the new queen. By utilizing the queen cage through this “indirect” introduction, the hive is able to familiarize itself with the new queen before they have direct contact with her.

The queen cage: as discussed earlier, is usually a small wooden or plastic screened cage. On one side is a hole that is covered with a hard sugar candy and an additional removable plug. It is up to the beekeeper to remove any wooden or cork plug on the box. However, it is up to the beehive itself to free the queen from her cage by chewing through the final layer of hard candy. If your queen ships in a cage without the sugar candy just put a marshmallow in place of the cork.

To install the queen cage: it is recommended to either hang the queen cage near the center of the hive, or to simply push her cage into unused comb between frames. It is best to place the queen near an active frame of brood. Once you have the queen cage secure in the hive, close it up and wait.

Alternatively, instead of removing the wood/cork plug initially, you can place the queen first and remove the plug a few days later. This is a nice baby step to take for the apprehensive beekeeper who wants to ensure the hive has ample time to learn and accept the new queen.

Perhaps the longest and most apprehensive time is waiting for the hive to free the queen and, if all goes as should, accept her into the hive. If you left the plug on the cage, be sure to remove this after a few days of the queen being in the hive. Try to minimize disturbance if this is the case.

You should allow the hive at least one week to go through the process of freeing and accepting the queen. Disturbances during this crucial period could lead to the hive rejecting the queen.

After a long and likely grueling week of apprehensive waiting, it is time to check on the newly requeened hive. After about a week, it should be about that time to inspect your work and how the hive responded. Perform a regular hive inspection and focus on trying to find the queen; it always helps to have a marked queen, but not all providers take this step. Go easy on the smoke during this particular inspection. If you are unable to locate the queen, try to locate new eggs or young brood; which will be a good indicator the hive accepted the new queen. If you are unable to locate her, sit back a few days and try again. If another hive inspection yields less than inspiring results, it may warrant another attempt at requeening.

Remember, requeening is an art

Requeening your hive is a vital artform to learn for any long-term beekeeper. The process of requeening ensures a productive and robust hive for years to come. Don’t let yourself get too intimidated by learning this process. Following careful steps practiced by beekeepers all over, you can ensure your best chances of success. Reqeening a hive is a vital rite of passage for any beekeeper. Don’t let yourself get intimated by this task because, if worse comes to worst, you simply get to try again and gain that much more knowledge and practice.

Visit Murdochs.com as a resource for beekeeping supplies

Andrew is a biologist for the Arizona Game and Fish Department where he works on native fish, reptile, and amphibian conservation in the high mountains. His personal life is centered on living connected to nature, and a full circle lifestyle. He does this through hunting and fishing in the outdoors and at home through a permaculture-driven life that includes gardening, beekeeping, and small animal farming. 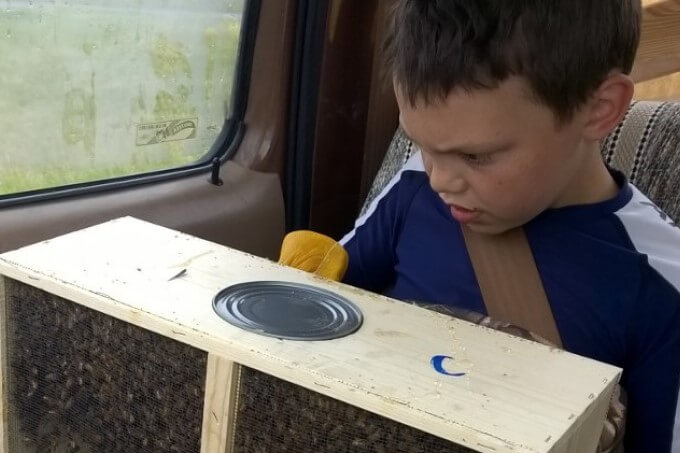 Can You Keep Bees With Kids? 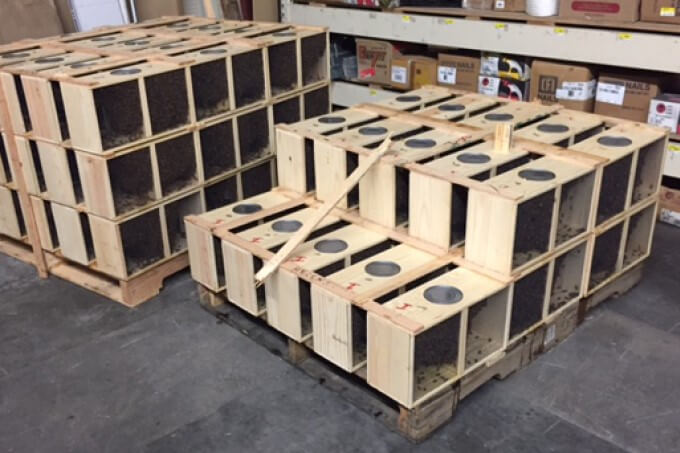