When to Add Honey Supers to a Standard Hive

Written by Ruth O’Neill. Ruth is a Research Associate in the Wanner Extension Entomology Lab at Montana State University, who cooperates on a variety of projects related to insect pests of crops.  She has experience as a hobbyist beekeeper, and has a special interest in honey bee health and protection.

When to Add Honey Supers to a Standard (Langstroth) Hive

If you haven’t done so already, you may be overdue for adding honey supers to your hives.  Honey supers are essential for honey collection, but perhaps just as important for relieving overcrowding inside the hive.

Throughout May and especially June, plants are practically dripping with nectar.  By mid-June the workers in a vigorous and well-established colony have already filled the available cells in the brood boxes with ripening nectar, and there is a booming nursery of developing brood in the center of the brood chamber.  At the same time, worker numbers are peaking in June.

In terms of the best timing for when to add honey supers, a good rule of thumb is to super your hive when eight of the ten frames in the top brood chamber box are being used for brood and for nectar/honey/pollen storage.  If you are a bit unsure about when to add supers, you are better off adding too early rather than too late.

What happens if you add supers too late?

All of this spring activity can lead to overcrowding and confusion in the hive.  When colonies are jammed up in this way, it increases the likelihood that the colony will swarm – meaning that the old queen will fly off with a large portion of the workers, plus whatever stored nectar they can stuff into their honey stomachs, to look for new housing.

What happens if you add supers too early?

An early-supered colony will have  a larger nest volume needing climate control, and they will have a lot of empty real estate to protect from nest invaders like wax moths.  Also, the workers may rush up to the super and start filling it with honey before they have finished putting much away down below, on the periphery of the combs in the brood chamber – honey they will need when winter comes.

Even newly-established hives must be watched carefully to be sure there is enough room for honey storage.  You can’t always expect to get surplus honey from a new colony, because they typically must devote their resources to building up their numbers, to making wax for the combs, and to storing enough honey for their own use during the winter.  But if conditions are good, you can sometimes add one or two supers and get a small honey harvest in the first year.

Most beekeepers like to use a queen excluder between the brood chamber and the honey supers, to keep the queen from laying eggs in the frames that are to be harvested for honey. A queen excluder is a sheet made of thin metal bars or of perforated plastic that fits over the brood chamber. The workers can come and go but the queen, with her wider body, can’t squeeze her way through them to get into the supers.

Honey supers are shorter and thus lighter than brood boxes but are otherwise identical, and they use the same types of frames and foundation sheets.  The size of super that you use is a matter of personal preference. A shallow super (5 ¾ inches high) weighs about 40 lbs when full; a medium super (6 5/8 inches high) weighs about 60 lbs.  If you decide to use a standard deep box (9 5/8 inches high) as a honey super, it could end up weighing 90 lbs when full of honey, something most beekeepers would rather avoid.

Prevent Swarming: Learn How to Split a Hive 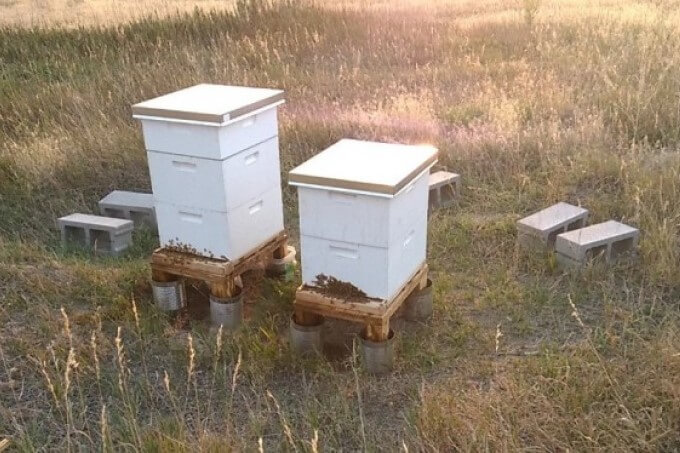 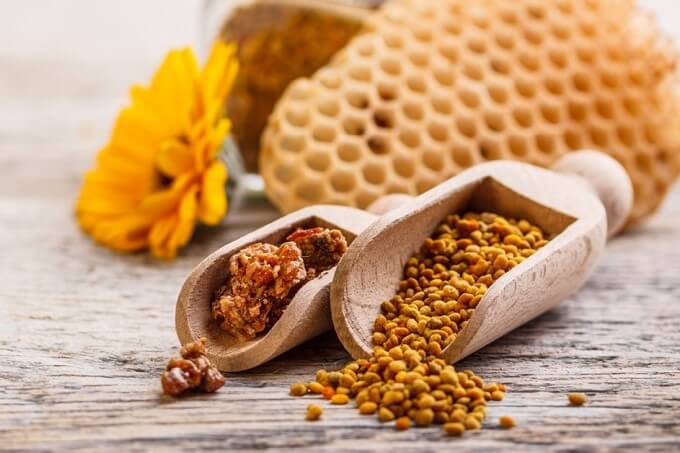