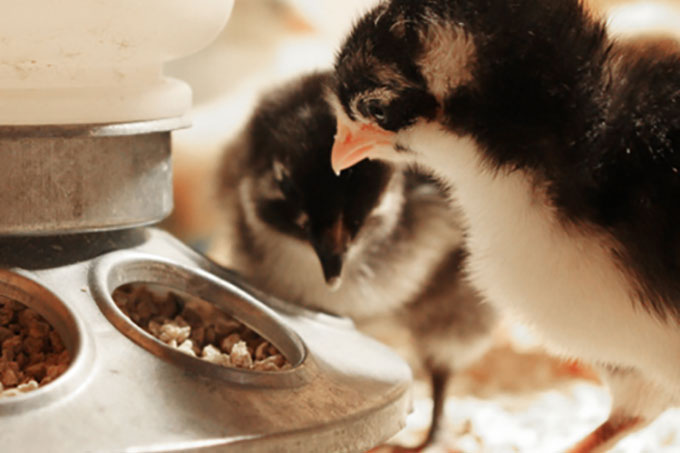 The purchase of new chicks comes with many decisions. One of the most important choices you’ll make is the feed you purchase.

When selecting a chick starter feed, first look for an option that is complete. Complete starter feeds are formulated to provide all the nutrients needed in one package. Look for: high protein, 18%, to support early chick growth, vitamins and minerals for development and ingredients such as prebiotics, probiotics and yeast to support chick health.

Coccidiosis is one of the most common diseases chickens face. There are numerous strains of cocci, with at least seven strains known to affect chickens.

This intestinal disease is caused by parasites, called coccidia oocysts, which live in the soil and can be carried by equipment, people or other birds. Once ingested, these oocysts reproduce in the chicken’s intestinal tract. When the population of oocysts reaches a high enough level, the chicken becomes sick. A cocci infection damages the intestinal lining of the bird’s digestive system, preventing nutrient absorption within 4 to 7 days.

Birds impacted by coccidiosis often have a change in droppings, with blood, mucous or diarrhea present. The disruption in the digestive system causes birds to stop eating, seem very tired and experience decreased growth. Impacted birds can appear hunched with ruffled feathers. If symptoms progress rapidly, death is possible.

Chicks are most susceptible to mortality from coccidiosis because their immune system is still developing. When the oocysts enter a chick’s digestive system, it is less able to fight off the problem parasites because the beneficial bacteria in the chick’s digestive system are still growing. Once the chickens have recovered from a coccidiosis infection, they build immunity to that specific strain and are less likely to get sick from that strain again. Just remember that there are several types of coccidiosis that can cause your chickens to get sick.

Coccidiosis is a species-specific disease. This means that you, your children, or your other pets will not get sick from the oocysts in your chickens. That doesn’t mean that they can’t get coccidiosis, but it won’t be because of your chickens.

One way to prevent coccidiosis is through vaccination. Hatcheries are able to vaccinate chicks prior to shipment. To prevent potential disease problems, purchase chicks from a credible U.S. Pullorum-Typhoid Clean hatchery. Ensure the hatchery vaccinated chicks for both coccidiosis and Marek’s Disease, a Herpes virus found in poultry.

Because coccidiosis and Marek’s Disease can impact chicks at a very early age, the vaccinations should be provided at the hatchery in the first few days of life.

If chicks have been vaccinated against coccidiosis, a non-medicated complete feed can be provided. Select a complete feed that includes: enhanced amino acids to promote early chick development; prebiotics, probiotics and yeast to support immune health; and a balance of vitamins and minerals to support bone health and bird growth.

“Buffy” grew up to be a lovely buff bantam. She was fed Purina medicated feed and belongs to Murdoch’s head cashier in Laramie, WY.

Another way to address coccidiosis in young chicks is through the feed you provide.

Medicated complete feeds, like the medicated option of Purina® Start & Grow® Premium Poultry Feed, includes Amprolium. Amprolium is a coccidiostat formulated to reduce the growth of the coccidia oocysts, allowing the young chick to develop an immunity to cocciodosis as they grow into adulthood.

Chicks that are fed a cocciodiostat are more able to fight off the cocciia oocysts in the environment. This is because the preventative in the feed can then slow the proliferation of oocysts while the chicks develop their own immunity.

Be sure to feed a medicated (with amprolium) starter feed to chicks who were not vaccinated for coccidiosis. For chicks that were vaccinated, it will not hurt to feed the medicated version but the added protection may not be needed. A non-medicated feed will do the trick.

In either case, be sure to provide a clean, warm and draft-free brooder along with fresh feed and water. Comfortable, well-cared for chicks are most often the happiest and healthiest.

Shop all medicated and non-medicated feed.

A note from Murdoch’s: If you purchased your chicks from one of our stores, your chicks were not vaccinated. We deliberately stock non-vaccinated birds to allow you the opportunity to raise your flock in accordance with your personal choice of medical treatment. Many of our customers with backyard chicken flocks don’t want medical intervention used on their flock. Others want to use medicine to prevent disease. We leave that decision to you. Murdoch’s stocks from these reputable hatcheries: Privett, Whiting, Murray McMurray, Dunlap, and Welp. 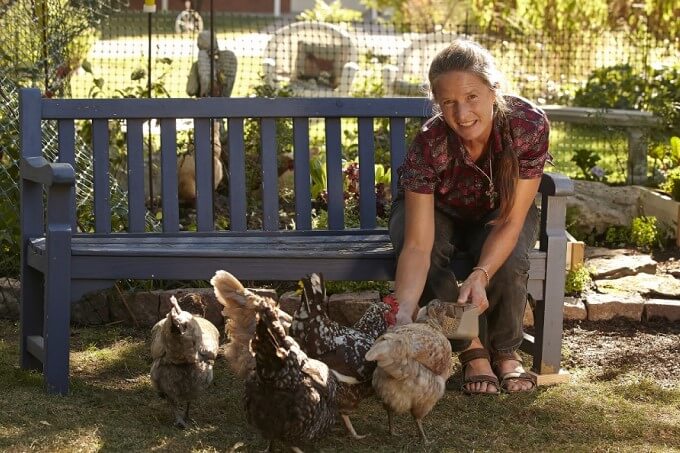 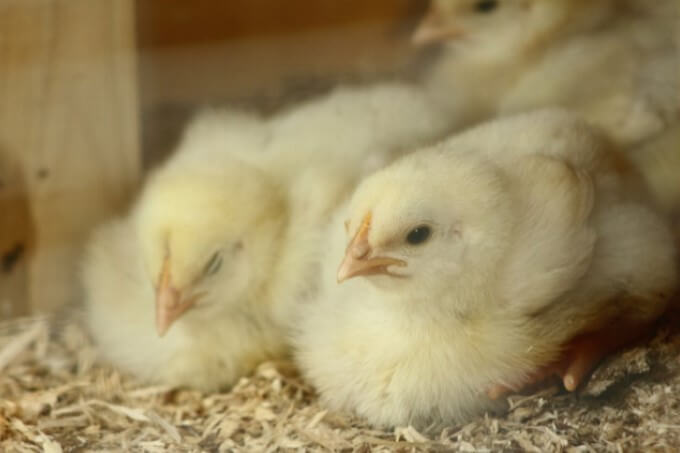 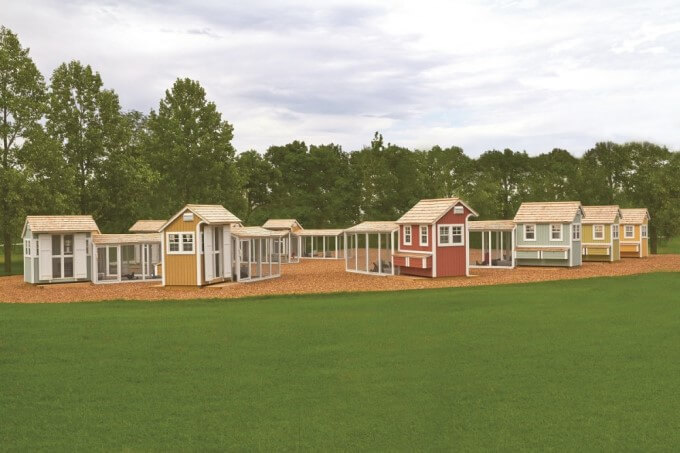 Add Light to Your Chicken Coop This Fall