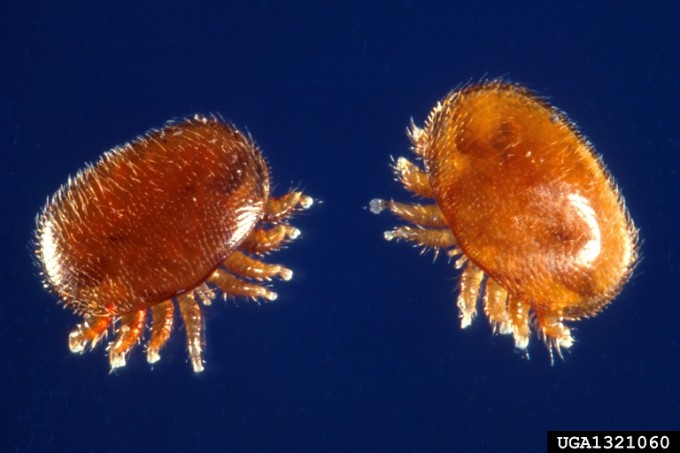 What is the biggest threat to your beehive? Varroa Mites

What is the biggest threat to your beehive? Varroa Mites: Written by Ruth O’Neill. Ruth is a Research Associate in the Wanner Extension Entomology Lab at Montana State University, who cooperates on a variety of projects related to insect pests of crops.  She has experience as a hobbyist beekeeper, and has a special interest in honey bee health and protection.

If you have honey bees, you will eventually have to deal with varroa mites (Varroa destructor). They may even arrive with your bee packages. The key is to recognize the problem early, so you can avoid a serious setback.

Varroa mites are tiny red parasites about the size of a pinhead that feed on the blood (“hemolymph”) of bees. Each female mite hitches a ride on a worker bee, waiting for the worker to approach a cell that holds a mature larva just hours from being capped (when a larva has finished feeding and begins to spin its cocoon as it enters the pupal stage, worker bees seal or “cap” the cell with wax); the mite then slips into the cell and hides until capping is complete.

After the cap is in place, blood-feeding and egg-laying begins. The cell eventually contains several (~5) mites, almost all female, feeding on the developing bee pupa. There is one male among the offspring, who mates with all of his sisters. When the affected bee emerges from the cell, the female mites are already carrying fertilized eggs with embryos, and are ready to hitch rides to new cells. At any given time, most of the mites (70-85%) are located within the capped cells, where they are harder to count and treat.

In addition to weakening the bees through blood loss, varroa mites spread deformed wing virus (DWV) as well as other diseases. In fact, a beekeeper’s first indication of varroa mite infestation may be DWV-infested bees with crumpled wings stumbling around the ground at the base of the hive.

The sooner you recognize a looming varroa problem, the easier it will be to mitigate. Routine monitoring is essential for detecting trends in mite numbers, and two common monitoring methods are detailed below. There are no firm treatment thresholds available for varroa mites. Thus, keeping a record of your monitoring counts is critical, as you will need to develop your own treatment benchmarks using your past experience as a guide.

One useful way to monitor for varroa mites is bottom board counts (a.k.a. “drop counts”). This method requires combination screened bottom boards which have a solid wood layer underneath. Using removable sheets that slide underneath the screening, you can count mites that have fallen to the bottom of the hive (bring your reading glasses!). Some bottom board sheets have grids printed on them, which makes counting the mites much easier.

Spray the surface of the sheet with spray oil, or coat it with petroleum jelly to prevent mites from climbing back up into the hive. Leave the sheet in place for one or several days, and then calculate the average number of mites that dropped over a 24-hour period. A commonly-used treatment threshold for bottom board counts is 5 mites/24 hour period in the spring; this threshold rises to about 50 mites/24 hour period in the fall.

– a pen for marking the jar

– a white bucket or tray

Mark the jar at the ½ cup level with the marker. Trace a circle on the hardware cloth the size of the jar mouth, and cut it out. Add one or two tablespoons of powdered sugar to the jar.

Shake or brush workers from a brood frame into the jar, up to the mark you made. (This should be about 400 bees.) Place the mesh circle over the top of the jar, and screw it into place with the band. Gently shake and roll the jar to coat the bees with sugar, and then let it sit for one or two minutes, while the bees tidy up. The bees will pick all of the mites off, and the mites will not be able to reattach to the bees. Shake the inverted jar over a white tray or bucket. The mites will fall through the mesh while leaving the bees trapped inside the jar.

Drone frame trapping (a.k.a. “drone brood sacrifice”) exploits the fact that varroa mites prefer drone cells. Buy sheets of drone comb foundation, which is printed with slightly larger cell diameter than regular worker comb. By placing two frames of drone comb in your brood boxes (one near each end of the series of frames) you give the queen a very desirable place to lay drone eggs, which will in turn be highly attractive to varroa mites. Remove the frames every 21 days and rotate empty drone frames into their place. A 21-day rotation schedule gives you about three days of leeway before drones emerge, as they take about 24 days to develop. You can freeze the frames to kill the mites and drones, and later rotate them back into the hive for the bees to clean up and reuse. Just don’t let the drones emerge!

If drone frame trapping doesn’t work, you have two other options outside of pesticides. You can try re-queening with a “Minnesota Hygienics” queen – or start off with a new package of Minnesota Hygenics bees. MHs are bred to be hypervigilant about finding and destroying varroa-infested pupae. Reviews of their other characteristics, such as temperament and productivity, are generally favorable.

Many beekeepers are reluctant to use hive pesticides, and rightly so. Pesticides can have harmful impacts on the bees, and can contaminate honey supers if label directions are not scrupulously followed. If you do decide to use pesticides, there are several that have shown good activity against varroa mites, including formic acid (Mite Away), thymol (Api Life Var, Apiguard), oxalic acid, and coumaphos (Checkmite). 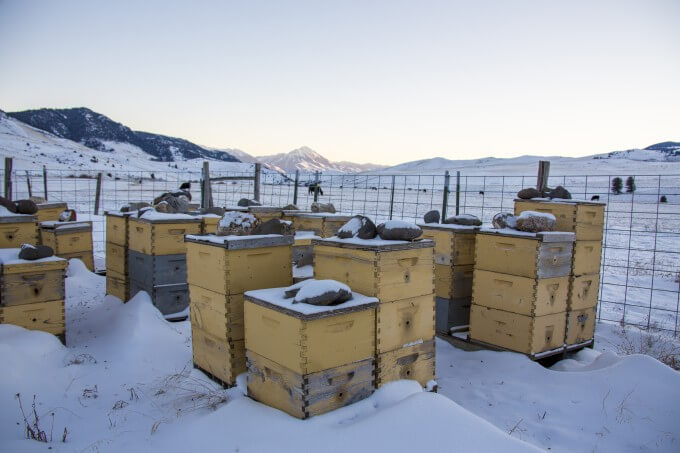 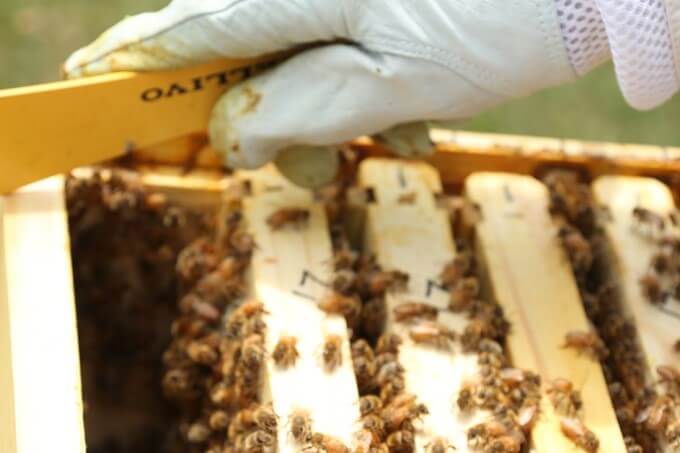 Prevent Swarming: Learn How to Split a Hive 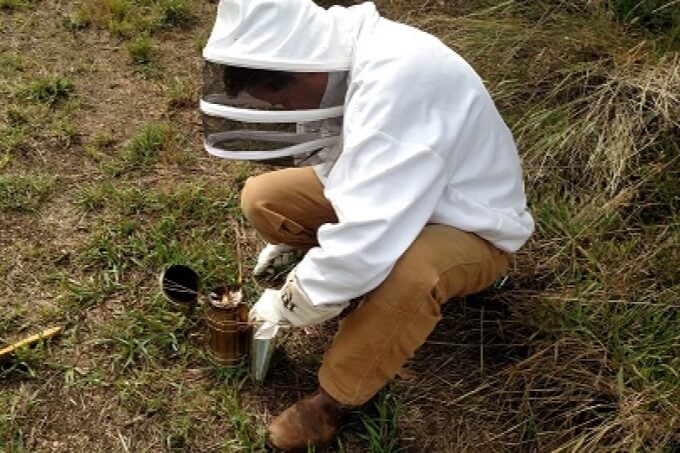